On Wednesday at 11 EST, 8am PST, we’re going to try something new and have a bit of a roundtable using Google Hangout, based on my last article. If you’re interested in listening in, or joining in, the details are here. 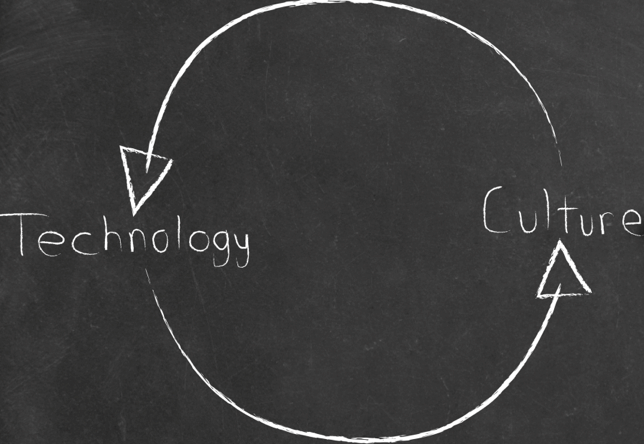 The prevailing theory is that the main reason your business is not yet “social” is that you aren’t trying hard enough to change your culture. Really? In 2013 the industry will acknowledge that while we’ve made great progress in the last five years, the technology that naturally leads to a well orchestrated, connected, collaborative organization has yet to arrive. Few of us are surfing gaily through hyper-connected organizations, where complexity is a virtue rather than a curse. And while arcane cultural norms aren’t helping, technological innovation has hit a plateau.

In 2013, I predict that the ‘culture’ bluff will be called. Technology will be called to account for its fair share of the challenge. Social Business technology innovation has been significant and welcome, but progress has stalled. We have gone as far as the current model will take us, and we need a new model. Our insight of and support of the many forms of communication and collaboration is lagging, and while this may not be the fault of the technology, it is limiting the technologists. We need to dig deeper.

Simply put: we did all this great thinking and built all this great stuff, and its happening, but not to the extent or depth that we expected. Is it just a matter of time and culture? Or is it time to ask ourselves what more we can do?

If “Social Business” were technologically solved, and now just a cultural problem, then shouldn’t we be seeing more consistent results from early adopters and the early majority? Where’s the data, where is the expertise, where’s the progress? Is it simply that we are so inarticulate and unable to gather data that we can’t detect or express our great success? (this is not an entirely rhetorical question).

A McKinsey Global Institute Report from May 2012  claims that there’s a trillion dollars in business value waiting to be unlocked by social business technology and that more than two thirds of it comes in the form of a 25% increase in “productivity” for knowledge workers. But last summer, Dachis Group found that in nearly 60% of companies with enterprise-wide deployments, a measly 10% to 20% of employees were actively engaged with the tools. Forrester’s numbers are even bleaker. This is a fairly significant adoption gap for a technology that is supposed to be liberating, desirable, easy to use and in demand by its end users.

The difference between a cultural and a paradigm shift? When we no longer have the basic words we need to describe the problem or its solution. When philosophers are suddenly relevant and important again after at least a quarter century off. Simple words like ‘social’, ‘culture’, ‘productivity’, and many others are now hotly debated not just in ivory towers, but in mainstream media like Forbes and the New York Times. If we want to realize the breakthroughs we can see in our imaginations, then in 2013, we need to push the insight, the language to describe it and the technology we use to support them to a far deeper level, and the three will move in concert. You can’t have one without the others.

1. A language and a better feature set for “collaboration”.
We know that there are all sorts of collaboration, all sorts of teams, all sorts of work, and yet we have a very poor vocabulary for the breadth and depth of the issue. A typical knowledge worker is part of many teams, and an increasing number of initiatives and projects on any given day. Keeping track of status, resources, and implications is becoming increasingly difficult.  Observe the hand wringing in the IT-Exec-HR-R&D-Marketing departments as they attempt to address these vague but excruciating challenges and apply equally vague social solutions against them.

A more sophisticated understanding of what it means to to collaborate and to create shared information environments will lead to technology with features that actually begin to address these problems directly.

2. Shifting from enabling “Social” to enabling “Complexity”
“Social Business” is another troublingly vague term with little meaning, except as an inept antonym for ‘hierarchical’. Social is good. We should know and care about each other, we must embrace our humanity to leverage it. But that’s table stakes. All that unicorns and rainbows (of which I am a great fan) is a stepping stone to a greatness we can imagine but can’t yet touch.  We need insight, clarity, awareness, involvement, and connectedness. We want the hard stuff that is a barrier to the interesting stuff to be a lot easier. We want the disconnected dots to resolve into meaning. We want to maximize individual impact and organizational insight. We want to kick ass at scale, and right now its wicked hard.

Our wall-chatter-pulse-forum-community-wiki-profile, hasn’t made it that much easier projects, 249 explorations and 173 open issues that we and our colleagues are dealing with. [Am i the only one who had a call last week that was following up on a prior conversation that I had no memory of?] We don’t even know how many balls are in the air or why and which could possibly be relevant to the other. Are we better at that now that we’re networked? Sure, but not better enough. We don’t yet have an envrionment that helps us build a shared understanding of issues.

3. Social objects will grow to include teams, projects, and processes
Yes, Virginia. projects are inherently social. Some social business vendors have begun to figure this out, (37Signals was among the earliest) but there is much left wanting in todays solutions. Currently project management usually means project managers wielding gantt charts, and status meetings. This torture, when competently executed, helps to keep projects on track but the level of effort involved is very significant and rarely scales well.

Our current social collaboration capabilities hint at delivering this, but it still requires a rare level of discipline and commitment to really deliver. And we don’t have many anecdotes of this working at scale. Situational awareness – at an individual, team and organizational level. Where’s that blog? In 2013, this will be a prime focus (I hope).

4. Measures of employee engagement will pivot toward measuring cognitive and emotional attachment to core business objectives
A fresh appreciation for Employee Engagement has proven that it has a catalytic impact on revenue, longevity, profitability, and innovation – and yet it is still very poorly understood. Given how important engagement is we are very clumsy with how we understand and handle it, and most efforts are superficial to the point of patronizing. In 2012 we saw important studies that documented the importance of engagement, and in 2013, we’ll see people begin to actually understand what it means. Not contentment, not leaderboards, but something closer to percentage of time spent thinking about work substance, and percentage of capabilities applied. Bruce Temkin just released an interesting model for engagement based on Five I’s: Inform, Inspire, Instruct, Involve, Incent. (It is instructive that Mr Temkin’s admirable work is backing into the study of employee engagement as an outcome of his work on customer experience. Take heed.) Together with Dan Pink’s rediscovery of the science of motivation, this is a step in the right direction. And if all it does is to move Gamification into its proper role in adoption and engagement strategies, we’ll all be grateful.

Engagement is an outcome – an indicator of health – not a technology or objective, but next year’s technology will help us to promote and diagnose the substantive issues that lead to engagement and involvement. We will begin to observe and discuss how well it is maintained as the organizational network branches out from the C-Suite.

5. A rigorous understanding of how information flows
Semantic analysis, Big Data techniques and better tracking in general will help us to develop better insight into the who, what, when, where and why of information flow. In other words, how much of the right stuff is getting to the right place in the right context and the right time? Can we depend on it and when? Can we juice the system? Can we game it? How?

We’ll end the year with a better catalog of the different types of information flows from the formal to the informal, from the active to the passive, from intentional to accidental, mundane to urgent. What is now obscure research will emerge to help us understand what it takes to connect dots, and recognize black swans. ‘Serendipity’ will mature from a miracle we hope will drop from ‘social’ heaven, into an art, even, perhaps, a science.

Tech will stop hiding behind culture’s skirts.
In 2013, we will stop trying to prove that streams, microblogs and communities equate to a Social Workplace or Social Business. We will use the last five years of social technologies to help us discover the next five years of business technology. The business paradigm must shift. Massive cultural changes must advance. But technology is not nearly ready to rest on its laurels. In 2013 Technology will peek out from behind Aunty Culture’s skirts and lead. Next year will bring disruptive leaps of insight into knowledge work and collective intelligence that will eventually usher in the most innovative period in business since the industrial revolution.